Check out his amazing works at the FCC Angkor Hotel gallery or his online gallery below:

The Covid-19 pandemic hit Cambodia hard. Siem Reap, a city with a tourist industry, was hit particularly hard. Hotels were closed, restaurants shuttered, Pub Street & the Night Market were closed and dark, and thousands lost their jobs. There was hardly a tuk-tuk to be found. Without tourists, there was no money. Without money, there is no food.

Slowly, with the disease phasing out and vaccines, international tourism is picking up. However, we do not expect to see the same levels for at least a couple of years. Cambodia will continue to suffer from a “COVID Economy” for a long time.

Before COVID, the Landmine Museum used to draw as many as 200 tourists a day; never fewer than 50 in the off-season. Now, the Museum is lucky to draw 20 tourists a week. We need your help!

The Cambodian Landmine Museum has been open for nearly 30 years, and now it is struggling. The museum tells the story of a small boy, caught in the ravages of war, who became a child soldier and then dedicated his life to making his country safe for his people. Along with telling Aki Ra’s story, the Museum tells the story of millions of others who have been threatened by landmines and explosive remnants of war. The museum is honored by organizations across the globe. We have a GoFundMe page to raise money for the Museum. If you have a few extra dollars, please go there and help keep this iconic museum open.

Working with the Rural Schools Support Organization, the Landmine Relief Fund, began a food distribution program in March of 2020, called “The Together Project.” Supply distribution began in late April of 2020. We drove to local communes, villages, and the Wats to personally give away rice, noodles, sauces, salt, and sugar. By the end of 2020, TTP delived over 250 metric tons of food to those in need. However, this was a short-term solution, which is why TTP developed the Sustainable Crop Farming Program (SCFP), a long-term educational program to teach the most rural and least affluent women and children techniques of modern farming.

None of this is done alone. We can only sustain this program with your help.  Please, click the donations button above and donate whatever you can. No donation is too small. A little goes a long way. We have had donations from just $3 to stock that is sold to buy food for people who have little or nothing to eat soon.

Landmines and UXO in Cambodia

Cambodia is still one of the most heavily mined countries in the world. Cambodians have suffered through decades of conflict, including a civil war, the brutal Khmer Rouge regime and genocide, American bombings, and Vietnamese occupation.

Landmines and unexploded ordnances are leftover from the fighting, contaminating the land in Cambodia. Dozens of civilians are injured or killed every year by them. Millions of the landmines have now been cleared, but there is still a long way to go; it is estimated Cambodia will not be entirely cleared of landmines for several decades to come.

On top of the landmines that litter Cambodia, people must also worry about unexploded ordnance (UXO) that has been left over by the extensive fighting in the 60s and 70s, and  the American bombing campaigns in Cambodia during the Vietnam war. The United States had dropped approximately 110,00 tons of bombs during B-52 raids in Cambodia- estimated to be more bombs than dropped on Japan in the whole of World War Two. It is estimated that around 30% of these bombs dropped never exploded, being left there for decades causing injuries and death to local people.

The Together Project (TTP)

In March of 2020, the Landmine Relief Fund started working with RSSO to distribute food to those who lost their job and saw their support system collapse – the Together Project. At first, we bought 20 tons of rice, thinking it would last 6 months. By the end of the year, we had distributed over 250 metric tons of food. Each 10 kg bag of rice (100 servings) included a bag of ‘condiments’; 10 packs of instant noodles, a bottle of soy and fish sauce, salt, and sugar.

However, this was only a short-term solution, which is why TTP developed the Sustainable Crop Farming Program (SCFP).

The Sustainable Crop Farming Program (SCFP) is an educational and empowerment program that teaches the most rural and least affluent women and children of Cambodia the skills of Hydroponics, Mushroom Housing, and Net Gardens. The goal is to provide these women and children with the skills to recreate such farms in their villages so they can reliably provide for themselves. Hydroponics, Mushroom Houses, and Net Gardens, are grown in a controlled environment which makes them a significantly more reliable source of income compared to traditional farming. These techniques are also not commonly used throughout Cambodia which will give our students an advantage over the competition.

SCFP is run by a Cambodian woman who graduated from the Royal University of Agriculture (RUA) in Phnom Penh, with a degree in agronomy. Through her, SCFP was able to secure a parcel of land in Bakong Commune, Bakong District, near Siem Reap as well as a Memorandum of Understanding with RUA. She runs the Hydroponic Greenhouse, Mushroom House, and Net Garden with the help of 2 – 5 interns from Cambodian universities.

We plan to construct two dormitories (one female & one male) to provide accommodation for our farming students during the completion of the program. Providing accommodation, free of charge, will ensure the most rural and least affluent of Cambodia will be able to participate in SCFP.

You can read more about what the Together Project and the Sustainable Crop Farming Program do at our website. 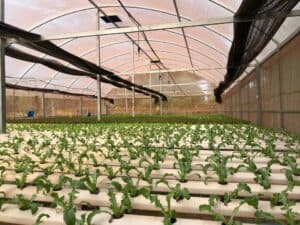 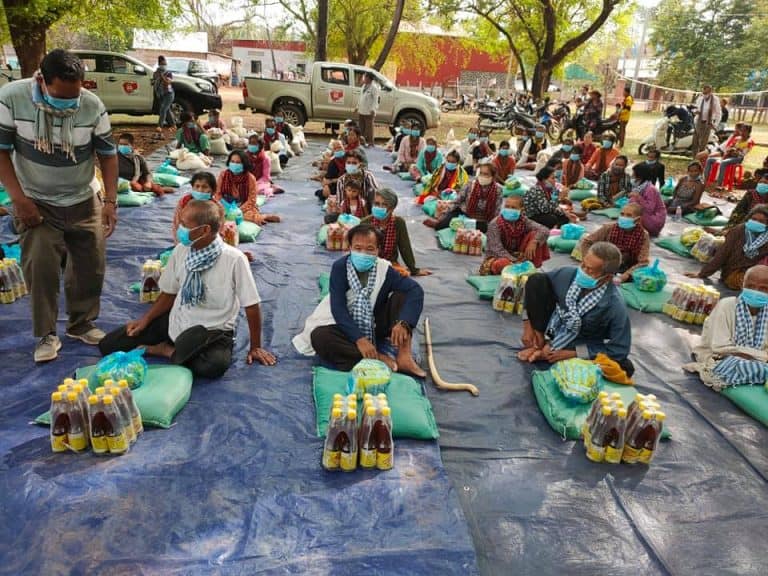 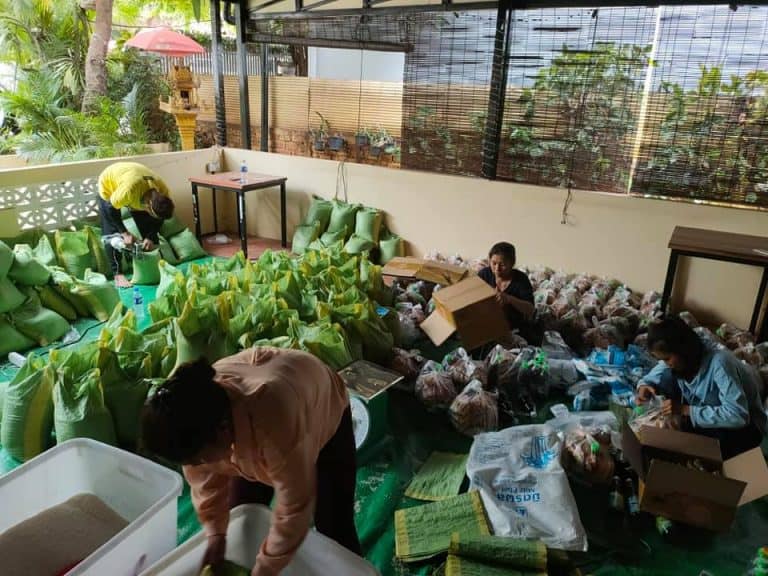 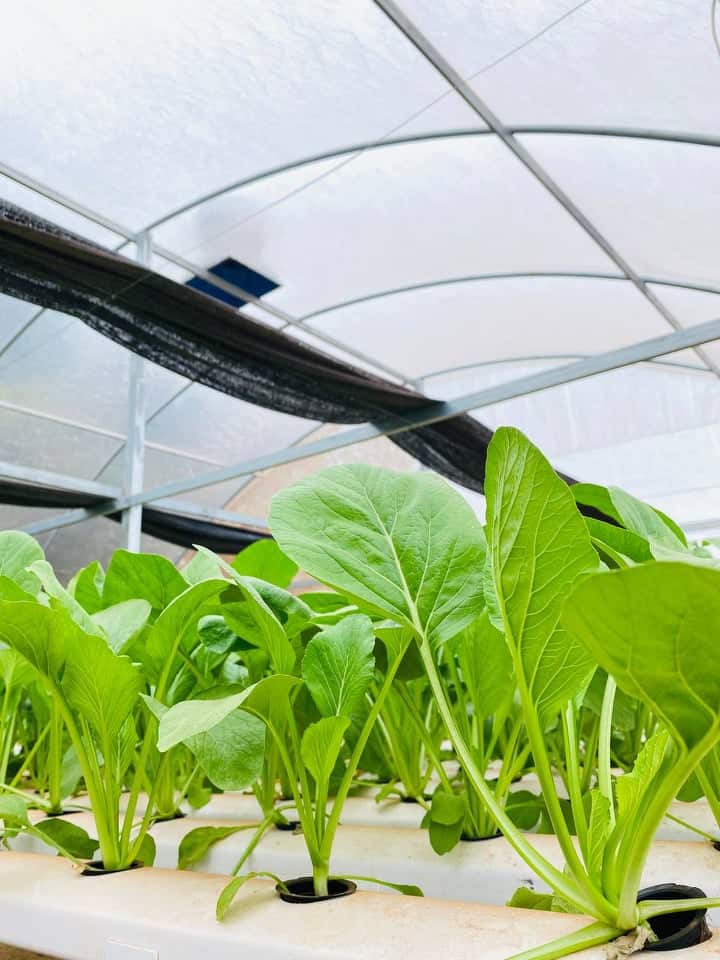 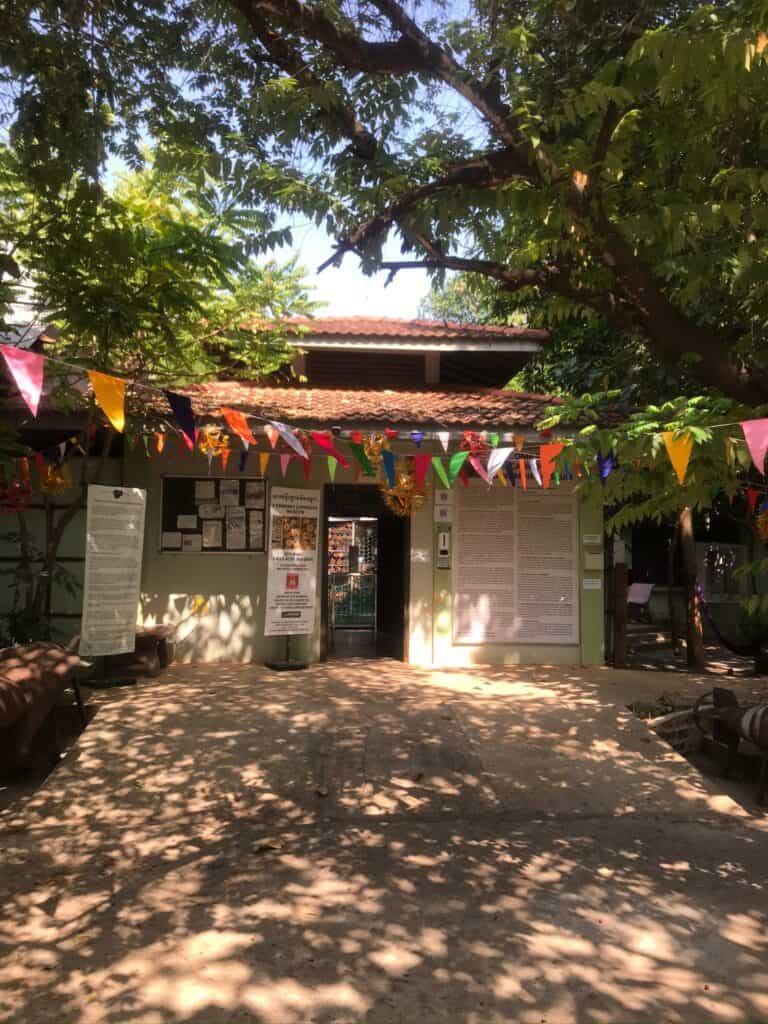 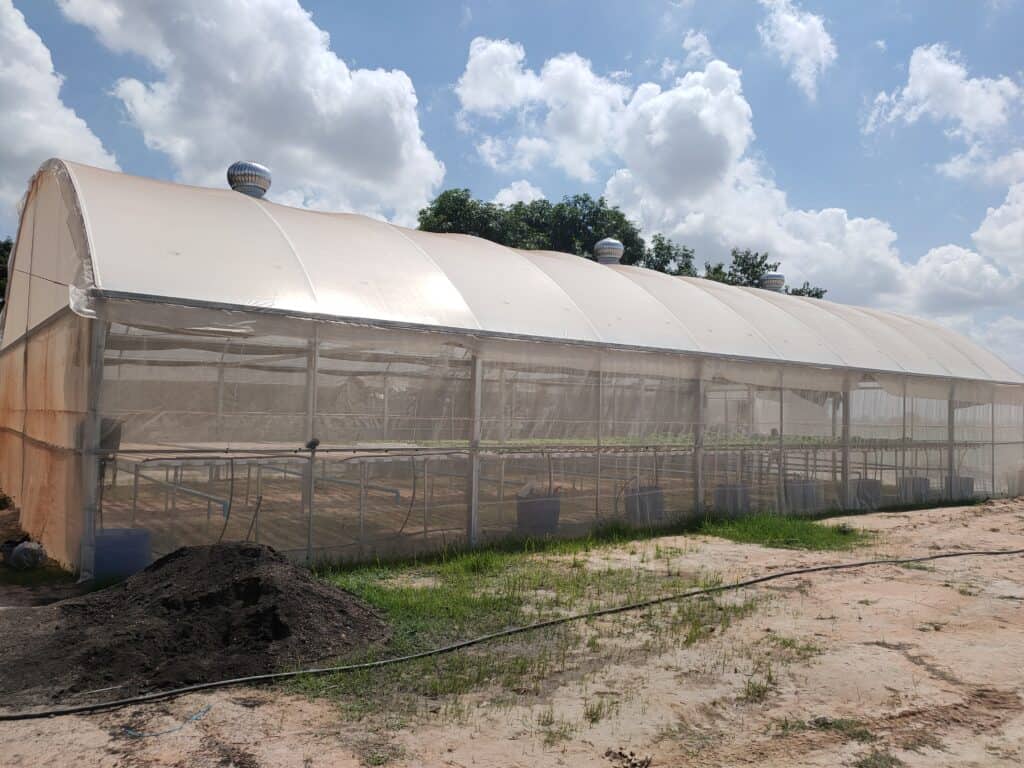 We work to provide Cambodians the opportunity to live safely, without the constant threat of danger from weapons left behind after nearly 35 years of war

If you like to go to the movies, check out the flick done about us and our work:

Until They’re Gone – a movie about landmines and people who clear them. Now Free On YouTube

The Landmine Relief Fund raises money for CSHD’s landmine-clearing work. Additionally, we support Aki Ra’s other projects, such as the school at the Cambodia Landmine Museum in Siem Reap, which offers English lessons to local children, and the Rural School Village Program (RSVP), which builds schools in rural villages where CSHD has cleared minefields or where there is no access to education. We have also established The Together Project(TTP), which brings relief to those affected by the COVID-19 Pandemic through food donations, as well as explores Self -Sustaining Farming for more long term solutions.

The LMRF supports work in Cambodia to make it better, safer, and self-sufficient. There is nothing in Cambodia that cannot be done by Cambodians. All the work LMRF does is in conjunction with Cambodian charities and Cambodian NGOs.

In the course of our work, we have built partnerships with many organizations in Cambodia and around the world. Each organization is vital to the work we do in Cambodia; without them we would not be nearly as successful as we have been. 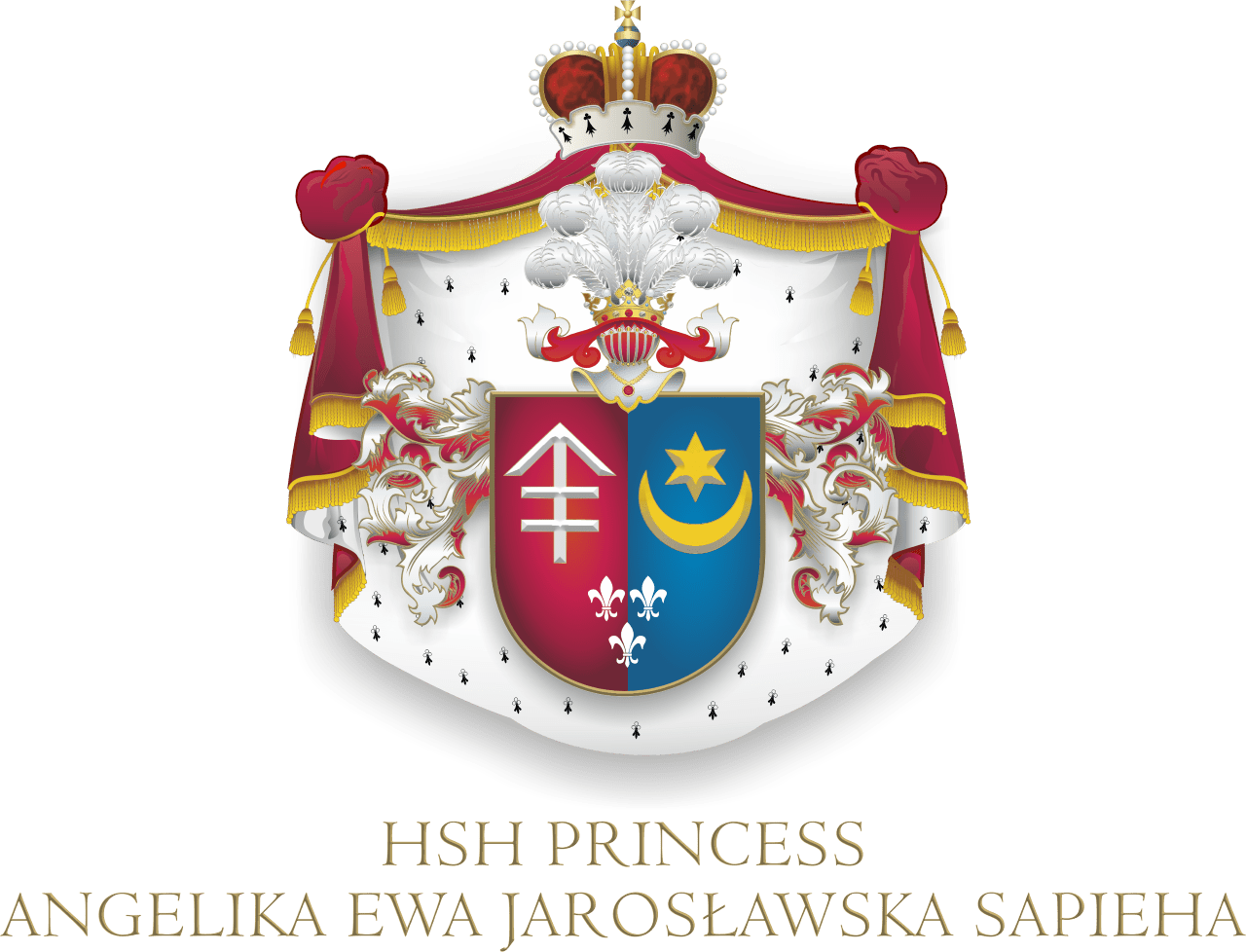 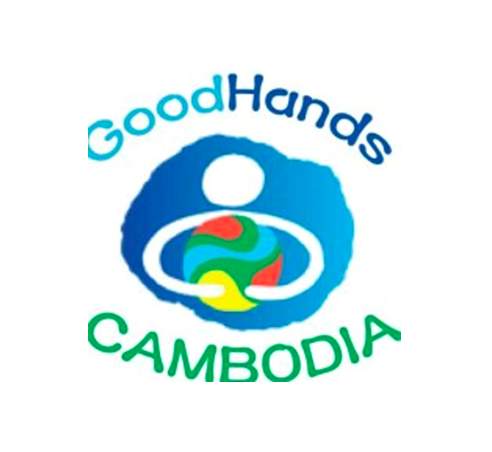